To have the optimal experience while using this site, you will need to update your browser. You may want to try one of the following alternatives:

How Do You Remove Lint From a Clothes Dryer? 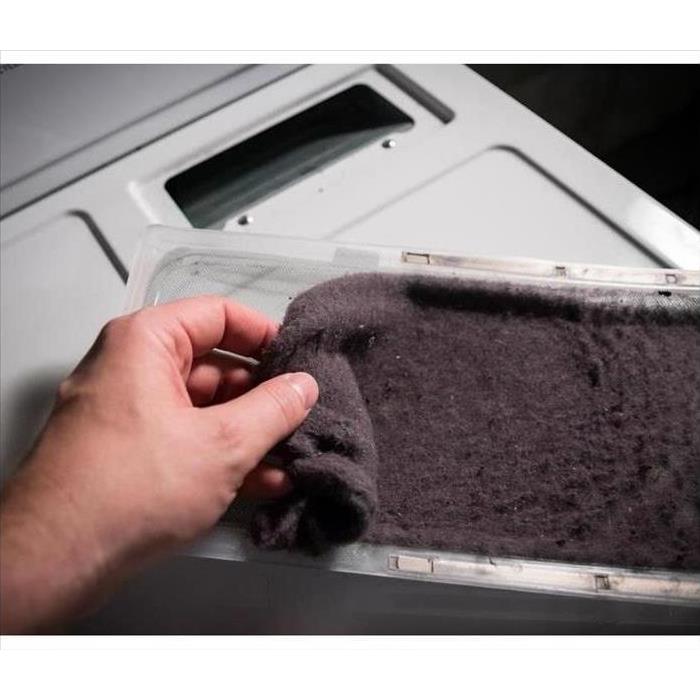 Clean out the lint tray each time you use your dryer.

Reduce The Risk Of Lint Fire In Your Home

Removing lint from your dryer is important for the dryer to run correctly and for avoiding a lint fire. About 2,900 fires occur every year because of dryers.

If your dryer does catch on fire in Mcgregor, FL, you may need help dealing with the fire damage. A professional can assist with fire cleanup and remediation and remove unwanted odors. Fortunately, you can significantly reduce the risk of this disaster by taking proper care of your dryer.

Cleaning the Lint Tray
You probably know that you should clean out the lint tray each time you use your dryer. To clear the tray:

However, lint also accumulates in other parts of the machine and must be dealt with periodically to avoid a lint fire.

Removing Lint From the Exhaust Hose

First, unplug your dryer. Next, detach the hose, which might require the use of a screwdriver. Be careful because if you are too rough, you could cause damage that might prevent the hose from reconnecting.
Next, use a brush to clean the lint from the hose. You can also use a vacuum cleaner attachment for this step.

Clearing Lint From the Wall Vent

The vent on the wall where the hose attaches gathers lint, too, leading to the possibility of a dryer fire. You can purchase a tool designed to clean the vent, which is effectively a brush on a long arm.
Feed the arm into the wall and carefully rotate the device to clean out the vent. You may need to repeat this step several times to get all of the accumulated lint. After this, you can reattach the hose and tighten the clamps.

By taking these steps on a regular basis, you can reduce your risk of a lint fire and the damage it can cause to your home.